Tomorrow (December 17th) at 4pm EST, we will be hosting a Christmas themed karaoke on Teamspeak! Come along and sing some Christmas tunes, or just come to listen and have some fun with the community!

There will be a 5,000 token participation prize, but you will need to actually try if you want to receive the tokens.

We hope to see you there!

On the third day of Christmas MineHeroes gave to you: double EXP and the winter key release!

This weekend, all players will receive double EXP! As well as this, the winter key will be released today! The winter key is an awesome addition with new and very unique items, such as rank crystals, burst II pickaxes, spawners and more! This exclusive key will be available for this month only.

You can purchase winter keys from the store: store.mineheroes.net

Staff vs. Players will be tomorrow 5pm EST and will be held on Factions1 (Time). This SvP’s will be exactly how we had it last time (the automated version). As you can see, like last time, there is bountiful loot to be acquired.

We hope to see you all there, and, as always, be watching the forums for daily updates on new events and announcements!

Have a joy filled holiday season,

It’s that time of year again! Families come together, carols are sung, and stockings are hung. The MineHeroes team is proud to be apart of this joyful season. We have tons of gifts and events in store for you!

As you may have already noticed, the holiday hubs are already in full effect and the present hunt is underway! Find all of the presents to earn sweet rewards like tokens, gems, and holiday tags!

This is just the first fun filled event we are having. Every day until Christmas there will be something new and exciting to fill the holiday season. Make sure you check back each day to see what we have lined up!

Today's event is a writing competition. Write a holiday themed short story or poem and we will pick the three best to receive a prize. The deadline for submissions is December 28th.

Have a fun filled holiday season from all of us at MineHeroes!

Now that Christmas is just around the corner, we thought it would be the perfect time to host another art contest! The theme for the contest will be "Christmas at MineHeroes", and the deadline for submissions will be December 18th.

The rules for the contest are as follows:
And, of course, there will be prizes for the winners:
To enter the contest, click here and fill out the form. The winners should hopefully be announced a week after we stop accepting submissions.

The art contest is now over. The winners should be announced within the next week. Thank you to everyone who entered, and good luck!
Continue...
Announcement 3.11.6 | Factions /F Top Winners
45 4,328 by MINEHEROES : Dec 1, 2017 at 2:02 AM
Currently Factions is offline awaiting the reset on the 1st of December @ 4PM EST (Click for the count down)
This was a great factions map, with some new factions pushing their way to the top and surprising a lot of people.

Over the next few days will be updating the wiki for Factions and SkyBlock to provide full game information and details for the reset but here's a quick change-log of what's new for the resets!

We'll be having a Mineheroes Karaoke Saturday, November 11th, At 3:00 PM CDT!

There will be a 5,000 token participation prize, this means if you want the tokens you have to actually try

It will be a great time, with many amazing and not so amazing singers. Looking forward to it (;

Can't wait to see you all there

Edit: MHKaraoke Event is now over.
Continue...
Update 3.11.3 | Build Contest Winners, Post Reset Changes & More
37 4,504 by _Kron : Nov 7, 2017 at 6:44 AM
Build Contest Winners
Halloween is over, and the @TeamFractal judges have come to a decision on the winners. Thank you everyone for participating. Even though this is a competition, we do hope you all had fun.

As mentioned in the event announcement, the top 10 places won a buycraft gift voucher
Prizes:
Now let's get right to announcing the winners.

By the way, if you are a winner and have issues / concerns regarding your coupon, feel free to send me a private message on the forums. You could also discuss splitting the coupon up a bit to share with a few friends.

Before we get into the top 5, here are some of our honorable mentions:

It'll be a grand time, lots of laughter and cringing

. Hope to see you guys there ​
Since releasing our new Minigames HUB, it’s time to beef it up with some new games for you all to play. The MineHeroes team are proud to present Memory Build! The objective of this minigame is to replicate as accurately as possible from memory a small build shown to you before time runs out. You can play the game by joining the minigames lobby and selecting the NPC or type /server mb from any server on the network.

Thanks to @AJHandler for the development of this project.

Up to 12 players will be shown the same build on their 7x7x7 plot and have 10 seconds to view the build. When viewing time is over the build disappears, and the players have 40 seconds to rebuild what they saw. Players will be given the exact number of blocks/materials. When the timer runs out, all players will be switched to Spectator mode. Then, Gerald the Ghast will scan all builds and the player's score as a percentage will appear. The player with the lowest % accuracy will be shot by Gerald, exploding their build and knocking them out the game.

Memory Build contains 30 rounds. The rounds progress as follows,
Should all the players replicate the build perfectly, Gerald will be impressed, and nobody will be eliminated that round. The last player alive wins the game!

A big thankyou to @TeamFractal for producing these awesome maps, aswell as the hundreds of small builds needed for this game to run. 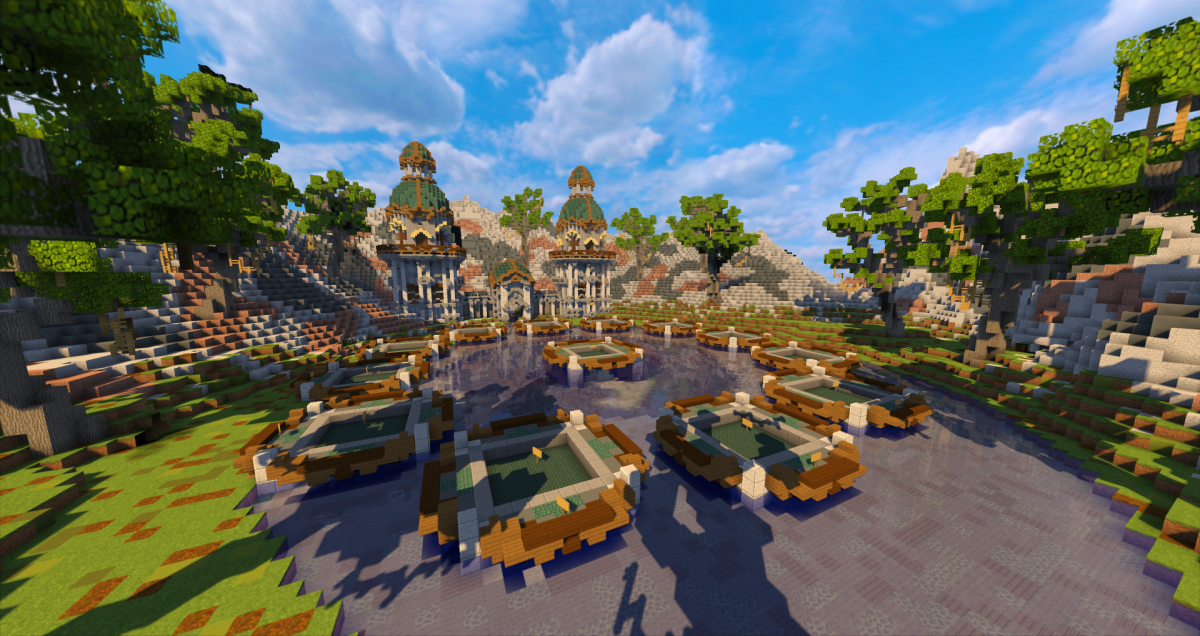